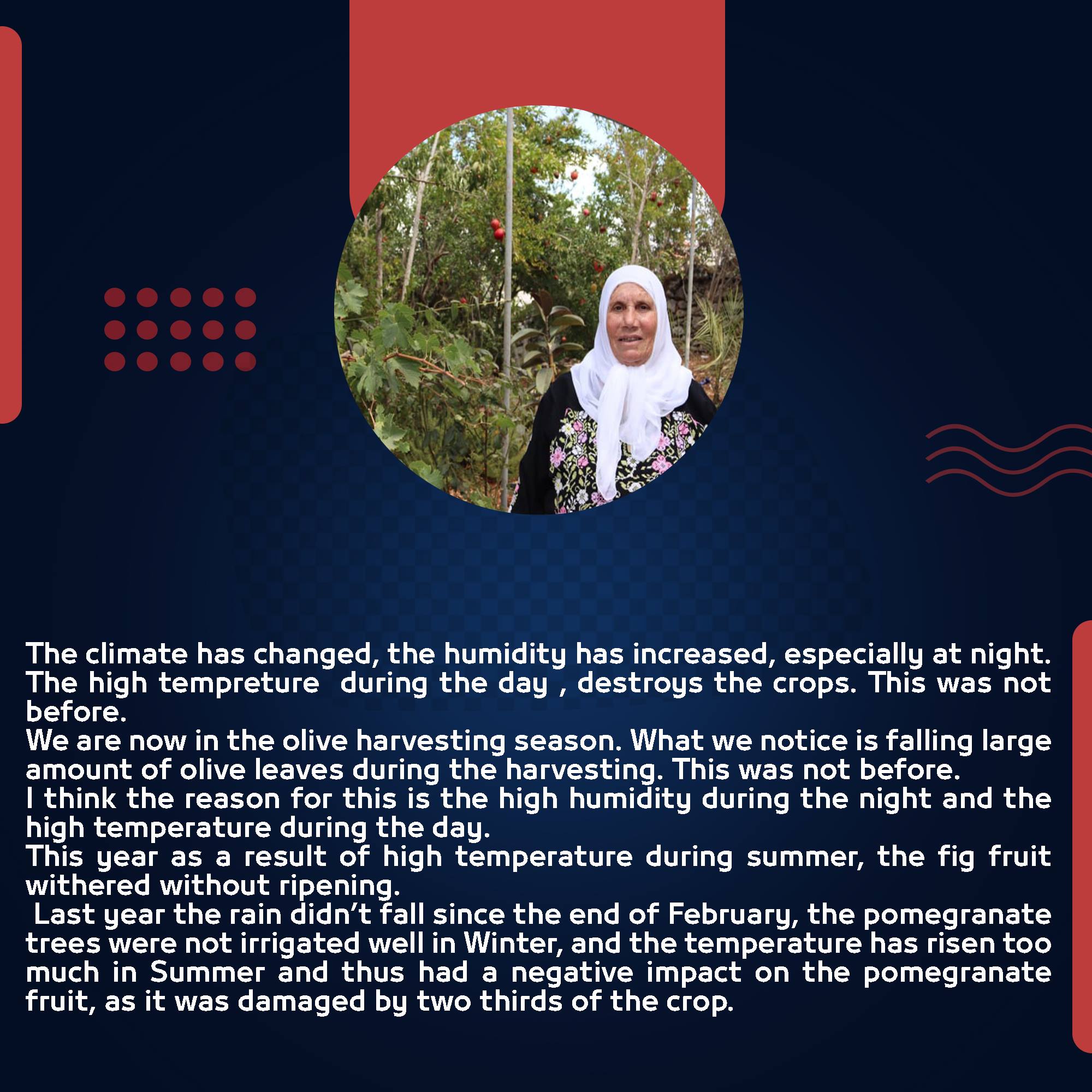 The Impact of Climate Change on Agriculture- Voices from Farmers

The climate has changed, the humidity has increased, especially at night. The high tempreture during the day , destroys the crops. This was not before. We are now in the olive harvesting season. What we notice is falling large amount of olive leaves during the harvesting. This was not before. I think the reason for this is the high humidity during the night and the high temperature during the day. This year as a result of high temperature during summer, the fig fruit withered without ripening. Last year the rain didn’t fall since the end of February, the pomegranate trees were not irrigated well in Winter, and the temperature has risen too much in Summer and thus had a negative impact on the pomegranate fruit, as it was damaged by two thirds of the crop. 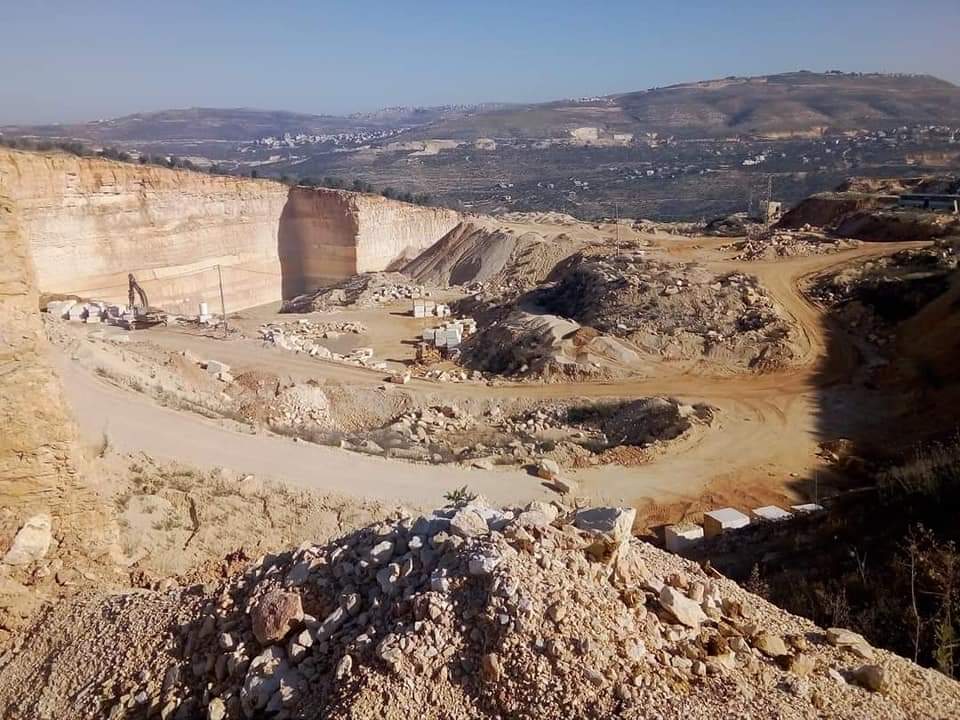 Israeli Quarries Continue to B... 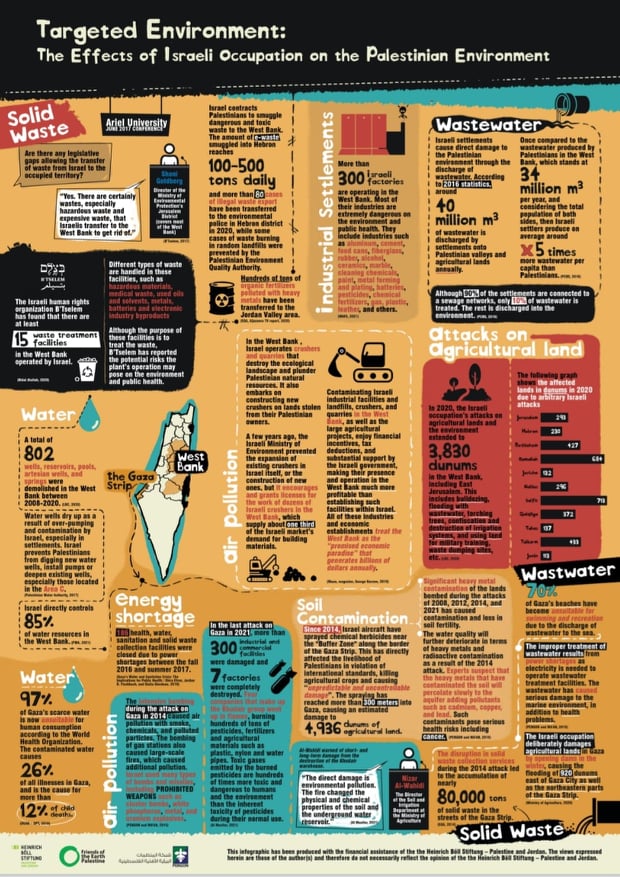 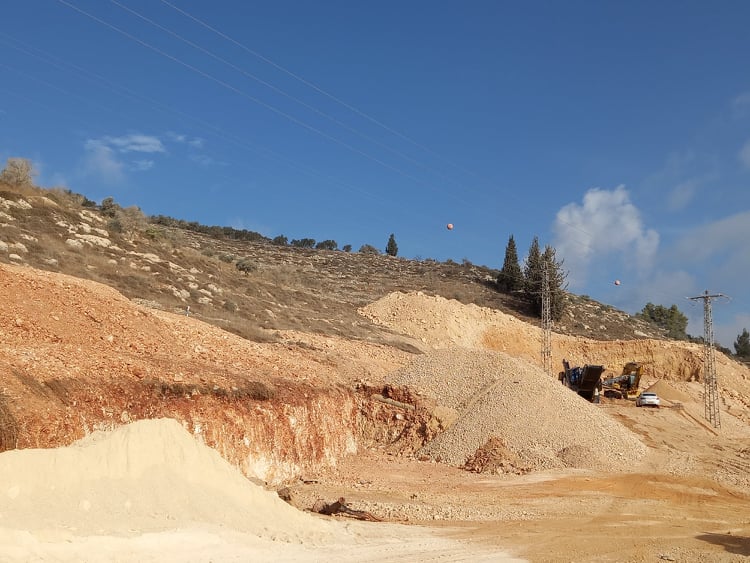